In case you missed The Yellow Shovemarines’ first bout of the season (I don’t know how you could have – we gave you enough warning!) we’ve got the lowdown here. Everyone had a fab day and all four teams played incredibly and gave the fans two really exciting games to watch.

First up we had the awe-inspiring Team Metal Legs taking on Team Regular Legs (who had never played together before)! This game was something special and there was plenty to keep the crowd impressed. Obviously Metal Legs are pretty bad-ass to be doing what they do – coming back fighting after derby injuries and proving that a break doesn’t have to end your derby career – but the level of skill demonstrated on this team is high. From the very beginning they skated like an established team. They were co-ordinated and in sync, and it was great to see Sisters of Mersey skaters Devereaux, Tink and Basha representing LRB. Team Regular Legs, a challenge team made up of intermediate and advanced skaters from teams across the country, did not make it easy for Metal Legs. If you didn’t know they weren’t a team already, you’d never have guessed. With just 11 players they pretty much skated alternate jams for the whole game and didn’t show any signs of letting up. The Reg Legs managed to take the win and the final score was 199-140. Everyone had so much fun skating together – is a rematch too much to hope for? 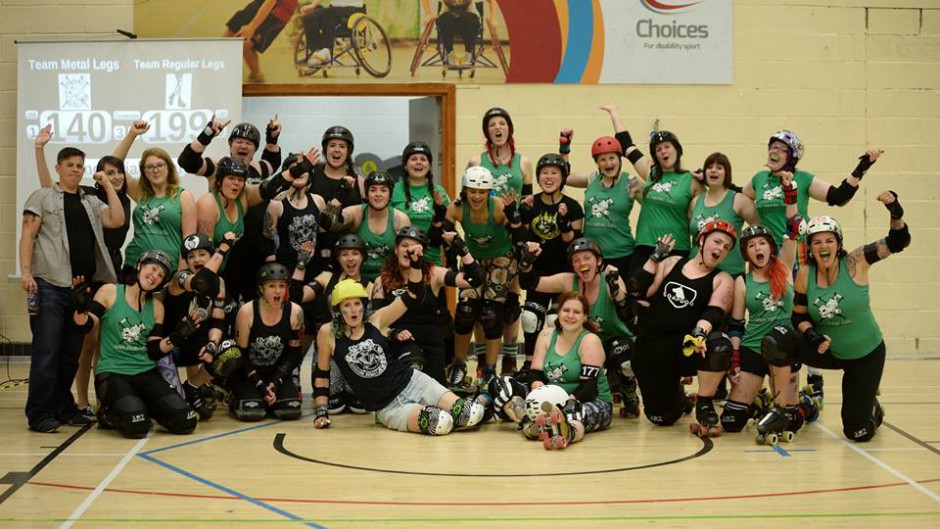 Next up came what we’ve all been waiting for. At long last the new look Yellow Shovemarines were unveiled – and they look awesome. With no less than 7 skaters making their LRB debut and 7 of your favourites from last season, it was clear the time spent working hard at LRB HQ was worth it. 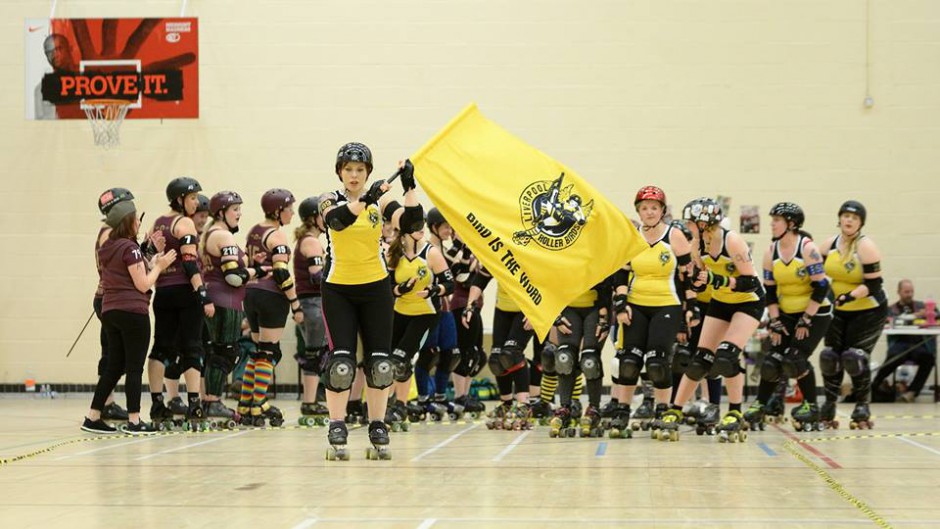 NCVR’s Air Raid Sirens were brilliant competitors but the Shoves took an early lead and managed to hold on throughout the game. We had some exciting moments as both teams racked up the points with power jams, but the defense from LRB was pretty strong and the score differential just kept increasing. 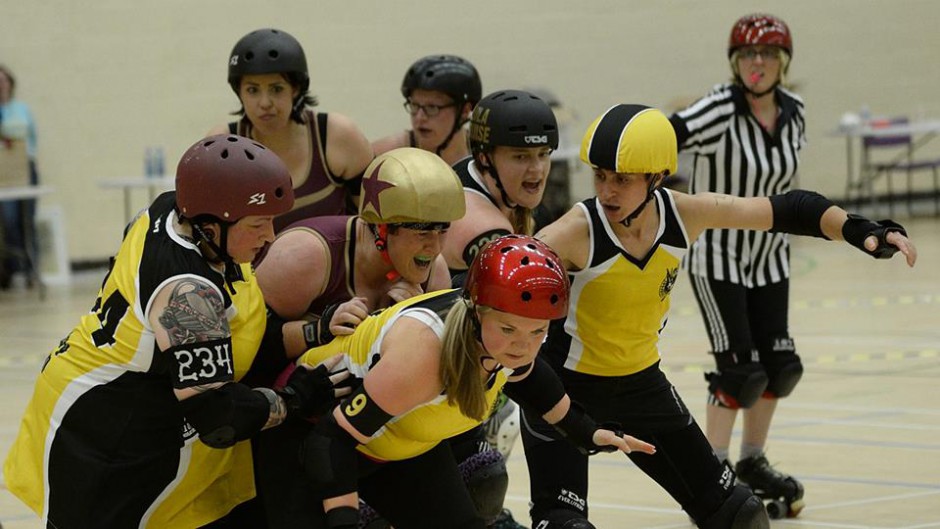 It’s not hard to see what the Shoves have spend the last few months working on. With so many new skaters, it’s fantastic to see the team looking so strong and the communication and understanding on the team is great. In the end the Shoves claimed a home-turf win with the final score standing at 207-64. 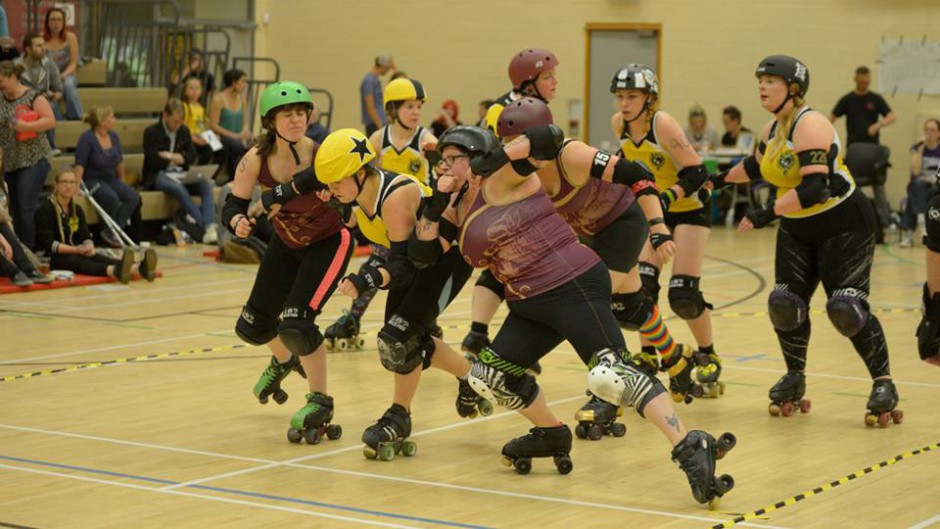 When all the skating was done, we headed over to the closest after-party venue ever. We were lucky enough to bag the Greenbank Cafe so everyone could stay and celebrate without having to lug a big bag of stinky kit down through Liverpool. Everyone had a load of fun and some of the Birds even challenged some of Liverpool Men’s Roller Derby to a few rounds of (pretty bad) pool!

We at LRB all had a wonderful day and hopefully the visiting skaters and fans did too. We couldn’t have done it without the refs, NSOs and volunteers who helped us out in the lead up and on the day. Thank you to everyone who came!