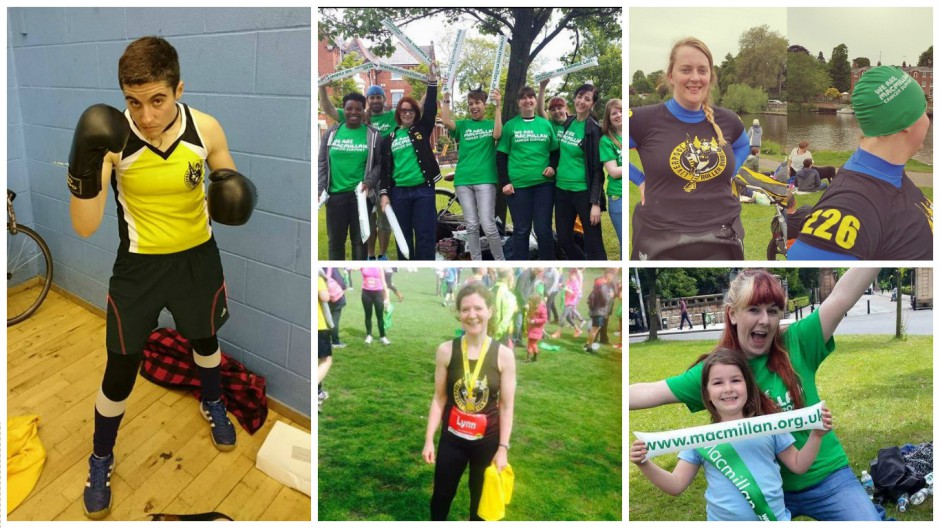 Our Birds supporting Macmillan in 2015!

Giving back to our local community is a key part of being in Liverpool Roller Birds – and wow did our Birds live up to that ethos in 2015!  Read on to find out our charity highlights of 2015 and to see who we will be partnering up with in 2016.

We ran in races, swam in rivers, attacked obstacle courses,  bobbed and weaved in the boxing ring and even got our heads shaved, all for our charity partner of the year, Macmillan Cancer Support in Cheshire and Merseyside.  Read more about what we got up to in our mid-year charity blog. 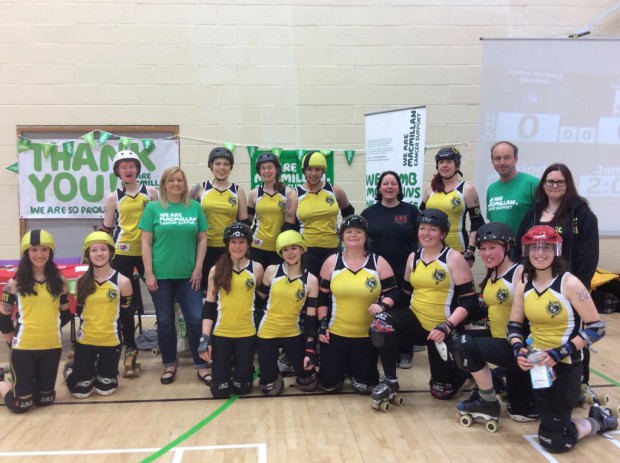 The Birds with Lisa and Carl from Macmillan.

Adding the sponsorship from these daring feats (£1,858) to our total from donation buckets at our home games (£436) means we raised a total of £2,294 for this amazing charity which strives to ensure that “…nobody faces cancer alone.” We also volunteered our time, being official cheerers at a ‘cheer point’ during a Macmillan charity run, whooping our support for those who were racing!

This has been a fantastic partnership where we have not only supported the charity but also made fast friends with our contacts, Lisa and Carl. They have shown so much excitement at getting to know our Birds and our sport, it has been infectious, and really rewarding for our league to work with them. 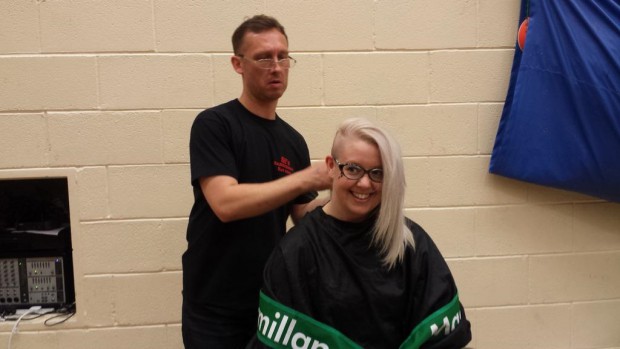 Si the Barber working his magic on our Harley in the name of Macmillan!

The best barber in town

We’d also like to give a special shout out to the fab ‘Si the Barber’ who brought his barber chair to our home games in 2015. Si offered his barbering skills for free so people could get their heads shaved for Macmillan and donate to the charity. He also had a bucket for people to contribute funds to our league as well – thank you Si, you rock!

BRAS. They’re great aren’t they? They can be pretty, practical, supportive or sassy and they’re essential for sport! But until recently, we didn’t realise how they can also help vulnerable women and children in Africa. In 2015 we collected new pants and pre-loved bras to donate to the Smalls for All charity. You can see on their website the different ways that underwear can help females in countries such as Zimbabwe. We collected a total of 69 bras and five packs of undies, so thanks to all who donated to help us to say “pants to poverty”! 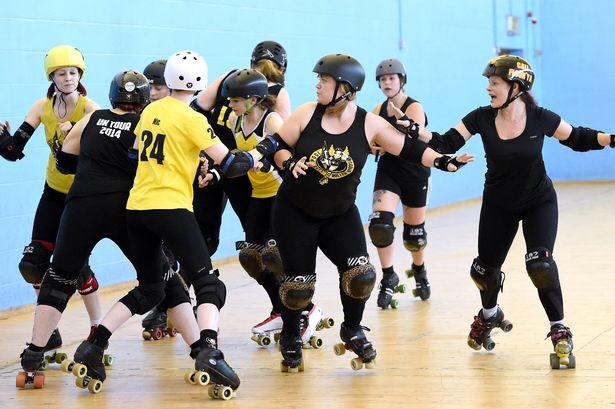 It is a charity-based community centre and offers activities for all ages, a community café, childcare, free computer classes and recreation facilities for a large number of local clubs and community groups.

GUVH also strives to tackle isolation in the area, where there are many people living in poverty, and gives a huge amount of people valuable work experience; assisting and supporting them into employment. The hall has helped people who have been homeless, in distress or have had nowhere else to turn. There are very few paid staff, so it is run by a fantastic team of volunteers. The hall is completely self-funded and receives no financial support from the council.

“The hall is so much more than just a place for the Birds to train, it is a lifeline for many people in the area – so it was an obvious choice to be our charity partner of the year.

Unfortunately, GUVH is under threat of closure, which would be a huge loss to the community as well as to our league, so we are keen to help give back to a place that has given us so much in the last few years.

We will be fundraising for the hall throughout the year and we hope our fans will be able to help us to support this very worthwhile charity.”

The centre is currently having an emergency appeal, as it needs to raise £30,000 by March 2016 in order to stay open.

Any donations from our fans to support the hall would be massively appreciated. You can donate via their GoFundMe page.