You didn’t make the roster. It sucks. What do you do next?

So you haven’t been chosen for the next roster, or you’ve been put on the bench and not had much play. The team is getting better and better, competition is strong and you just didn’t make the cut this time. It sucks! But – in what probably sounds like a quote from a lost Star Wars prequel – you are in charge of your journey. You get to say what happens next.

Yes, you can’t control not being selected or being benched, but you can control your own training and improvement…and that’s what’s going to put you in a stronger position next time rostering comes around.

(Plus, developing your skills is part of keeping things fresh anyway, right? As humans, doing the same thing over and over and not developing, can end up making us bored.)

I thought I’d put myself out there and share the phases I went through when I was in this position recently. Who knows whether doing these things will help, but as a self-confessed ‘control-focused’ person (I’m being kind to myself there!) at least I have felt like I’ve *done* something about it.

This is an important phase. As I’ve already said – not getting selected sucks. So while it’s good to not spread your frustration around the team, it’s totally fine to feel sorry for yourself. You’re a human. It doesn’t make you a bad team-mate or sportsperson! Being stoic is something I’ve tried to do too much before in the face of disappointment and it’s actually not always the best idea. I gave myself about a week to be like, “Whyyyyyyyyy…why meeeee…f*ck quinoa***, give me ice-cream!” And then I had to decide what to do next. I could either A – carry on wallowing and go back to training feeling negative. Or B – do something about it. I chose B.

***This is purely creative licence. I never eat quinoa.

I’m lucky that our league is super supportive. I got a nice message from my coach explaining how tough the competition was and giving me some areas that she’d like me to work on, to give me something to aim for. I knew that she didn’t *have* to do this and really appreciated it. I agreed with most of it (if you’re generally self-aware about your strengths and weaknesses, feedback is usually stuff you’ve been thinking about yourself anyway) and asked a little more about the bits I didn’t realise were an issue. I also asked *how* could I get better at those things? Often you are told ‘You need to improve X’ but not always ‘…and you could try Y in order to get better at it’. So if you’re not sure how to get better at The Thing, ask! They are the coaches, they will have suggestions. 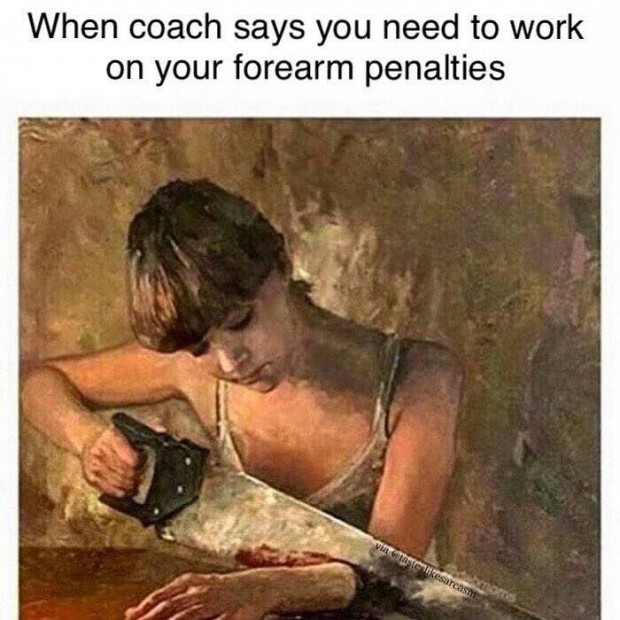 Now that I had my feedback, I could start to really get into how to put this into action. I found a blog about how to improve acceleration – it was all stuff I would have been doing if I’d continued my good off-skate cardio habits of the previous year. Plus some stuff I was already doing occasionally  at my lifting sessions – yay for prowler pushes! So this was an obvious one. Go back to cardio classes. I also shared the blog with my lifting coach and she’s had me prowler-ing every week since.

While I wanted to simply cut my arms off below the elbow, this was not a practical solution to improving penalty trouble. Instead I took my coach’s advice and tried to think about my arms differently – while also not over-thinking it during game play. Not easy, but if you see me walking to the bus stop with the tops of my arms tense and the lower parts all loose and dangly, don’t be alarmed, it’s all part of my ‘process’.

The final bit was one where being in a team – and a supportive team – really comes into its own. I decided I would ask a trusted team-mate who skates with me a lot, is good at the things I need to be better at and also happens to be great at coaching, to basically be my training buddy. I told her the things I needed to improve, asked her to bear me in mind when we trained together next and then got some further feedback from her afterwards. We chatted this through and practised a few things at half time during scrim – I basically had my own personal coaching, and it was actually really fun. 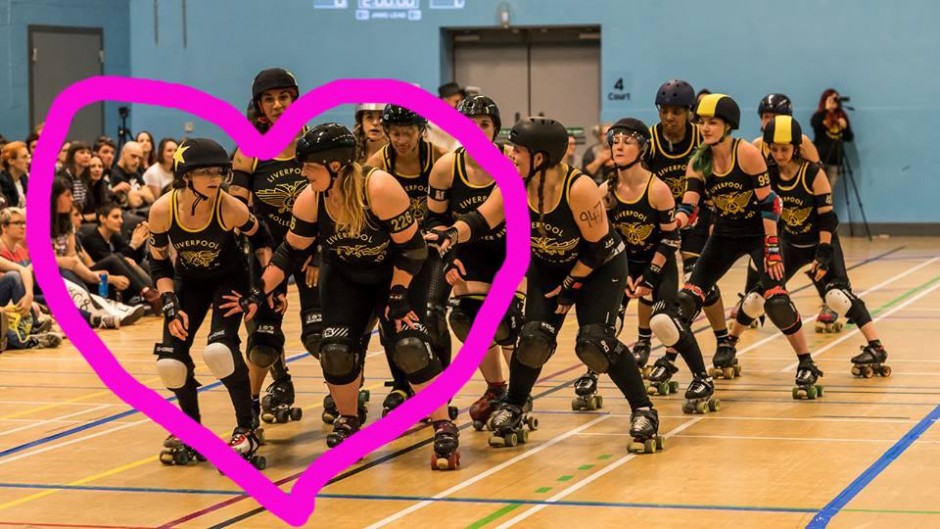 I’m often known as the soft, fluffy, type in my team – one who highlights the positives. But throughout my time in derby, I have always asked about the areas I can improve on – I’m sure I’ve annoyed a LOT of coaches asking for feedback, and I’m totally cool with that 🙂  If you don’t know what you need to work on, then how can you get better? It can be scary to ask for feedback. But in the end, as long as you are fairly self-aware and coaches and team-mates are constructive in what they say – it’s basically going to be pretty empowering for you.

Like I said, who knows how this plan of mine will pan out, but it’s good to just concentrate on training and have a focus. And the best part is, I know my coaches and team-mates totally have my back