What an exciting year it has been for Liverpool Roller Birds!!! From American Independence Day and Mardi Gras themed bouts to a fundraising Masquerade Ball and slots on Gok Wan’s TV show – our Birds have literally been flying by the seats of their pants.

Fabulous crowds joined us as we celebrated our roller derby roots at a special American themed 4th July bout, Star Spangled Jammer, laden with hot pants depicting stars and stripes. That warmed spectators up nice for the second and main bout of the day, which saw the Liverpool Roller Birds’ A-Team take on the Auld Reekie Roller Girls. Even Wavertree Labour MP Luciana Berger turned up to see what all the fuss was about and donned one of our beautiful team t-shirts! 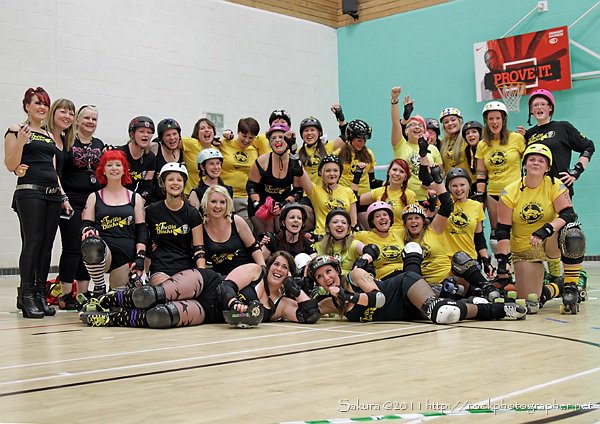 July also saw our Birds take to the skies, as they flew to Dublin for our first bout outside the country, against the Dublin Roller Girls. Our girls did us proud on the track and had a fantastic time.

It was followed by a fantastic double whammy as two teams of Birds faced each other in the ultimate showdown in August at our charity bout Super Slam Banana in aid of The Greenbank Project. 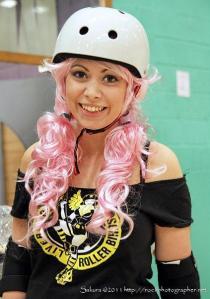 Bright, sparkly and colourful just sums up our Birds perfectly and we really stepped up the glitter for our Mardi Gras themed bout in September, aptly named The Mardi La’s. Wigs of all colours of the rainbow came off as our A and B teams got down to some serious action on the track. The Bourbon Street Belles faced the French Quarter Fancies in the first game, which was just as delicious as the team names, while the A-Team stepped it up a notch against the Hellfire Harlots in the main bout.

Off the track we dolled up for our fundraising Masquerade Ball in October and five of our gals impressed fashion guru Gok Wan so much he invited them to be his “road testers” in the latest series of Gok’s Clothes Roadshow.

Phew, this is just a snippet of some of the amazing things we have been up to this year. Last but not least – a huge mention to our fantastic new chicks who are proving to be great Birds in the making.

Right I’m off now to clean my bearings. A Roller Birds’ work is never done!!