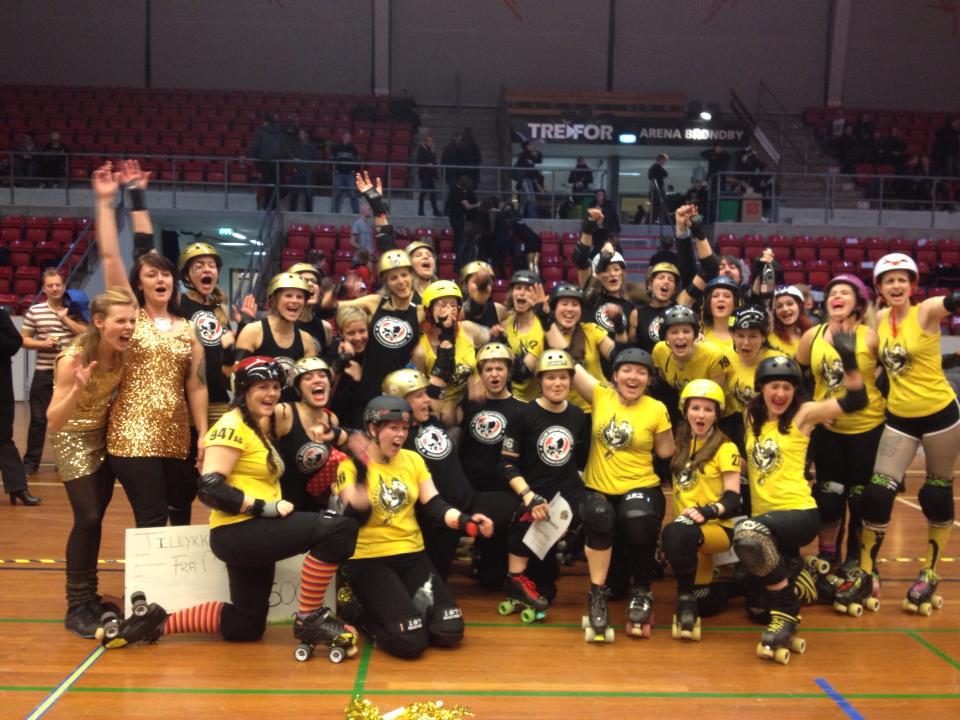 So I couldn’t find my mittens! What a disaster. But it’s ok really. I was only mitten-less for a day as I bought some new mittens while I was there. Danish mittens! Hurray! Ok, they were from H&M like, but whatever. Anyway, stop talking about mittens, you, I have to tell you about what an AMAZING TIME WE HAD IN COPENHAGEN.

We arrived on the Friday evening, met at the airport by the wonderful Selina (aka Flash Lighting) from Copenhagen Roller Derby. She was bloody lovely and completely looked after us, guiding us effortlessly to the hostel and making sure we were right at the reception desk before we waved her off. Total legend. We then went out for a small explore and to find some food. All before an early night in preparation for bout daaaaaay.

Then, before we knew it, it WAS bout daaaaaay. I always get really really nervous before a game. But today was different, I think all the excitement had sort of outweighed the nervousness for me. As we made our way through town to our coach pick up, it became clear that roller derby is pretty big in this part of the world. We kept spotting bout posters up all over the place and this happened too:

Danish man to one of the birds: “What’s this you’re doing then?”

Danish lady to man before bird could reply: “Oh, the roller derby is happening today”

Oh, and a woman waved at us from a restaurant like we were famous. It was fun.

When our coach reached the bout venue, a few of us nearly shit ourselves until we realised that we are ridiculous idiots and what we were looking at was a football stadium. Smooth. But saying that, the actual venue was still massive. Nothing like the sports halls we are used to. Proper massive. Like, THOUSANDS OF SEATS massive. I think that we were all a bit in shock. I was mainly running around going “look how big it iiiiiiiiiiiis”. The beautiful String Her Belle, known for her dislike of crowds, looked like she was going to jump off one of the balconies. (She didn’t though) The whole place was amazing. We even had a fruit table. I had a pear, just so you know.
Kitted up, I headed out to the hall to watch the first bout, our chicks taking on CRD’s Kick Ass Cuties. What a game! It really did nothing for anyone’s blood pressure. Behind at the end of the first half, our chicks managed to fight their way back, equalising at one point. It was so excitiiiiiiig. But the Kick Ass Cuties pulled it back in the end with a final score of  223 – 179. There was some awesome skating on the track. Everyone did fantastic and for two of our birds it was their first ever game – what a way to pop your cherry! In another country no less!

When the final whistle blew, the helmet went on and the butterflies in my belly appeared. All warmed up and off we went to get ready for our skate out. Which, by the way, we had to do from a tunnel. A frigging tunnel! Like what you see at the start of a football game where they’re all lined up next to the opposing team before they come out. It was great. I had the music from Gladiator in my head the whole time I was in there. 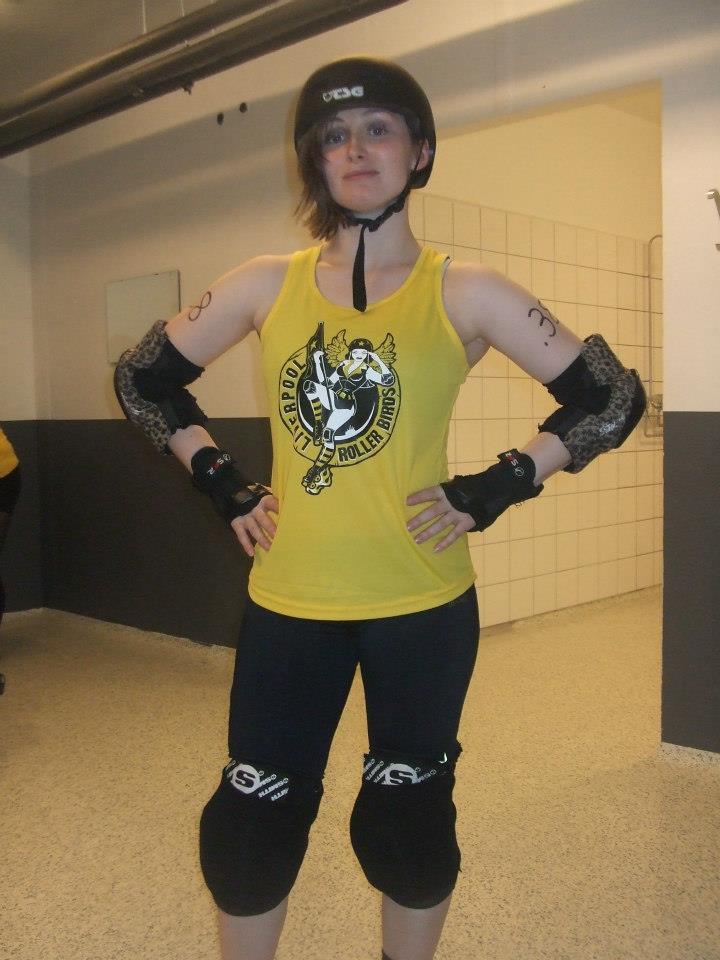 The game itself was tough. We knew it would be and it was. After a difficult first half, we altered our strategy in the break and did better in the second, scoring more points and working much better together defensively. The Rollin Heartbreakers are a great team, we gave a good fight and can take away a lot from the game in preparation for next season. With a final score of 294 – 92 it wasn’t what we’d hoped. We may not have won, but we sure had fun trying. The atmosphere in the venue was amazing, the crowd big and bold and the wonderful welcoming reception from all at CRD, all made this a bout I will never forget.

And then….Afterparty! Wow. All I will say is the Danes can definitely party! Oh, and they like taking their tops off too. An activity that *might* have rubbed off on one or two of the flock!

The next day, nursing hangovers, we still had some time to see some sights and take in the city. This involved the following:

From start to finish, the whole weekend was bloody fantastic. To finish, in the words of our very own Gnarly Davidson – “If Carlsberg did roller derby field trips….oh wait, it did”.